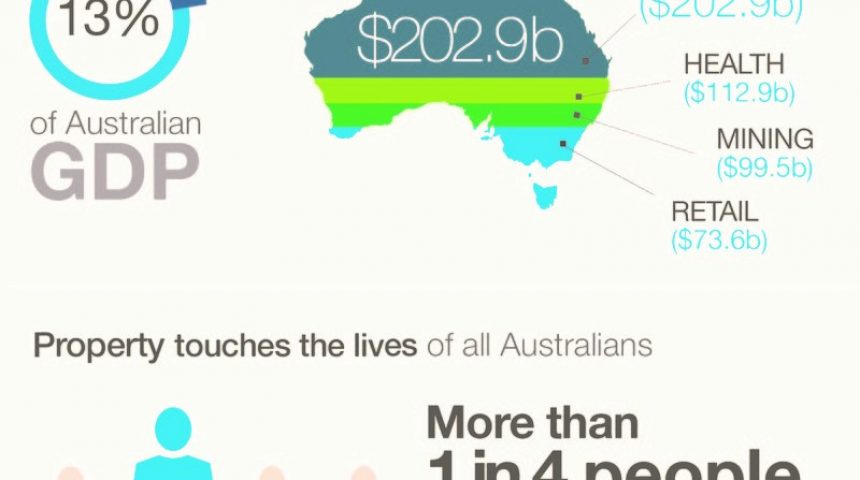 Only everyone that has ever left their parents’ home!

Not many people are aware that the property industry is the nation’s biggest employer. From the crane operators, the bulldozer drivers, the construction workers, the real estate agents, to a tonne of other disciplines, the Property industry accounts for a whopping 1.4 million jobs. While many pat themselves on the back for being so important, as investors what it says to us is: ‘sure someone has to be the biggest but with size usually comes inefficiency’. You’ve only got to look at that ridiculous TV show, Million Dollar Listing to see the archaisms that are inherent in many facets of the property industry.

So how can investors benefit? Look to profit from disruption. Like it or not, disruption usually results in a reduction in the number of humans involved in the process and when you’ve got the most humans, disruption has the greatest potential to be profitable for the disruptors.

While we don’t invest in tech stocks in our Fortius Global Value Property Fund (we target bricks and mortar assets), here are five listed prop-tech companies that look interesting.

People may question how a ‘classifieds’ business can be construed as a property-related company, but over 60% of Frontier Digital Ventures’ revenue comes from the listing, sales and servicing of property (mostly residential). I don’t know about you, but I get almost physically ill whenever I see a newspaper these days; the thought of scrunching it up as I try and fold the pages back on each other, sifting through the fixed order of stories curated by some random editor gives me mild anxiety. I shun their free offering at airport lounges, airport gates and hotel restaurants at breakfast.

Frontier Digital Ventures only does online classifieds/property listings (as opposed to non-online media) and, befitting the name, it primarily operates in the frontier markets (such as Pakistan and Myanmar). For those not familiar with the term frontier markets, it refers to those developing markets that are less established than those classified as emerging markets.

We have a long history of investing in emerging markets and in our Fortius Global Value Property Fund around a quarter of equity positions are in emerging markets. On the direct side we also have interesting visibility into frontier markets in Asia via our partners SC Capital, who have a long and successful track record of investing in direct property in frontier markets (such as Myanmar).

Frontier Digital Ventures is no ‘penny dreadful’, with a market cap of over $100m AUD and a latest annual revenue count of $13m. Their model is to fund/buy stakes in locally-operated internet classified businesses, and their portfolio of company investments (with names such as Propzy, iMyanmarhouse, LankaPropertyWeb) delivered $42m in revenue at the 100% level this year, filtering down to Frontier pocketing $13m of this revenue as mentioned above. The bulk of their value lies in the leading Panamanian and Costa Rican property website Encuentra24 and Pakistan’s leading property portal Zameen.
Speculative but could one of them be the next Gumtree or Alibaba?

RMA Global has a few web-based products, but the bulk of the business is essentially the product ‘Rate My Agent’. Now if they were just operating in Australia, I’d say ‘forget it, won’t take off’. However, the interesting part of the story is their small but growing foray into the US market.

If you’ve seen the show on cable Million Dollar Listing you’ll understand just how stupendously backward the American residential real estate market is and having personally lived in the US for more than 5 years I can ratify how brain-bendingly inefficient, opaque and ripe for change the US market is. RMY’s US presence is small but they continue to gain traction with 13,300 agents profiled. In 2018 subscription revenue (the best set and forget revenue you can get I think) doubled to $5m; small but significant.

In Australia RMA have almost 30,000 agents with profiles on their site. While Australia is much more savvy than say the US in terms of the adoption of new techniques in real estate, the US has a population 13 times the size of Australia…………….. and 13 times as many houses.

RMA might get crushed by a copy-cat, but are they are just as likely to be taken out in a vertical or horizontal play by someone?

You could ask why on earth would you want to own a real estate listing business at the start of a property downturn? To which I say 1. Much of that is already in the price (the price has traded back to where it was in 2017), and 2. Does anyone know how far residential prices are going to fall, or not?, considering there looks like there are 2 rate cuts on the way this year… Let’s look at Toronto as a good comparison for what could happen in Sydney/Melbourne. In late 2017 the Canadians convinced themselves that the negative trajectory of house prices was going to continue forever, and your best bet was to go ice fishing and never come back. Remember that the Canadian cities are always being used as proxies for Australian cities’ housing markets. The chart below shows what happened in Toronto. The world didn’t end, it stabilised. Same thing could happen in Australia, particularly if those rate cuts come through. Some could see this as kicking the can down the road, but there’s plenty of good examples of kicking cans down the road (The US Federal Government’s debt position is one such example).

If that’s the case, yes there will be a corollary stagnation in listings, however as I trawl the housing markets I’m seeing a lot of relistings that will cushion REA from the reduction in new listings, to an extent. And while Domain Group’s share price has taken an even bigger dive since the ‘property downturn’, to us it looks like REA represents better relative value at this point, particularly as REA continues to take market share (in terms of site visitations) from Domain. We know SkyFii pretty well as we’ve just started installing their technology in our shopping centres. There’s a good reason that SkyFii’s recurring revenues continue to grow between 55% and 85% – their products are good. In 4Q18, the company went EBITDA positive, which reduces a bit of the ‘imminent raising’ overhang.

The company is putting on staff in the right areas, i.e. sales and marketing, to capture people like us…and there’s plenty of ‘us’ still out there (much more internationally than here in Australia).

They made a ‘selective’ acquisition (I don’t know many that are indiscriminate) in February 2018 of a company called Causley. While it looks like a good acquisition overall, I hope they don’t get overly high on the acquisition gunja as they’ve stated big ambitions to be the global leader in Data Analytics and Digital Marketing services in physical environments (which would almost certainly require acquisitions). As always, for shareholders’ sake I hope a bigger fish gets this fish first; as has happened with a bunch of Aussie tech names in the last few years.

Nearmap is a snobby version of Google Maps with better image granularity and consequent image ‘zoomability’. We are in the final stages of signing up to it at Fortius, so we will be one of +8,000 subscribing customers. The reason I say it’s snobby is it’s like comparing a Porsche to a public bus. Nearmap is really made for those who are prepared to pay for it, and there are plenty of people out there like us that are prepared to pay for it. I always like this ‘pay for my product from day 1’ model more than the ‘freemium’ business model.

In addition to better granularity (and zoomability) of the images (photos) the other big difference versus Google Maps or other aerial imagery businesses is the frequency with which the aerials images are taken, allowing users to see how areas have changed over time. Nearmap covers 88% of the Australian ‘population’, 68% of the US population and 72% of the New Zealand population. You might be surprised just how many people, companies and authorities are very interested to see what has changed in an image from one short period to the next (think councils, insurance companies, etc………yes you are being watched and privacy is dead!).

While the existing geographies and clients are profitable at the EBITDA level, there is further potential upside from the scalability of the SaaS (Software as a Service) model which is well-suited to roll outs in new geographies over time (and some commentators say they could generate up to 25% Return on Equity within 5 years time). The company has a sweet spot in terms of market share as they have 15% of the Australian market and less than 1% of the US market. Small enough to pick off-market share, but big enough to be an interesting meal for other players.

Keep your clothes on!

While the information contained in this article has been prepared with all reasonable care, Fortius Funds Management Pty Ltd (AFSL 412 083) accepts no responsibility or liability for any errors, omissions or misstatements however caused. This information is not advice. The fact that shares in a particular company may have been mentioned should not be interpreted as a recommendation to buy, sell or hold that stock.